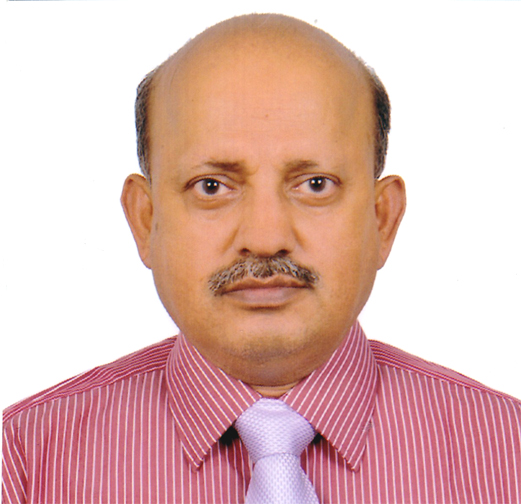 Engr. Arun Kumar Saha joined as Managing Director on 24/02/2019 at Electricity Generation Company of Banlgadesh Limited. He was born in 1960 at Shibchar in the district of Madaripur. He obtain the Secondary School Certificate from Nanda Kumar Institution, Shibchar, Madaripur in 1976 and Higher Secondary Examination form Dhaka College, Dhaka in 1978. He obtained B.Sc. Engineering degree in Electrical and Electronics with first class from Bangladesh University of Engineering and Technology (BUET) in 1983. After having graduation from the University he joined Bangladesh Power Development Board (BPDB) as Assistant Engineer in January 1984. At the beginning he was posted to System Planning Department where he worked for 8 years, and afterwards he was promoted and posted as Sub Divisional Engineer in Central Load Despatch Centre of Bangladesh Power Development Board, where he worked for 10 years. He joined Power Grid Company of Bangladesh (PGCB) as Manager, System Planning, in 2003.

Engr. Arun Kumar Saha was promoted as Superintendent Engineer, Planning, PGCB in the month of February 2012. As a Superintendent Engineer, Planning, he was responsible for Bangladesh Grid Network Planning including the Development Project Planning. In February 2015 Mr. Saha was promoted as Chief Engineer PGCB and posted as Chief Engineer (Planning & Design) where he worked for two years and was entrusted with the responsibility of all issues related to Planning and Design activities. This includes the Grid Network Development Planning, Drawing and Design approval of all development projects, Loan Negotiation with Development Partners etc. And then he was posted as Chief Engineer (Project Monitoring) PGCB where he joined on 16/01/2017 and took the responsibilities of project monitoring of the ongoing projects headed by the Superintending Engineers. During the long period of his service career he has participated a number of training program both at home and abroad.